Blow up balloons and with a needle and thick thread thread them together to make a balloon garland. This is very cheap and a great way to add a lot of color to a party. You can use thread but would be more secure if you used embroidery thread. Mix and match colors for your theme to go with the colors of a school for graduation or just go random for a birthday party. This can be something done at the last minute as well as you can get everything you need and have it ready to go.

What a clever way to update an old lampshade (one you already have or one you get second hand). Spray lampshade white and glue/sew old buttons on to create random or specific patterns. Use various shapes and color to create a hodge podge design or go for color specific and/or shape specific depending upon your desired outcome. Goop would be a great (more permanent) glue for this application. This has me thinking about what else could go onto a lampshade to update a room: bottle caps, hat pins, patches, scrap fabrics – it seems end less when you start and think about it.

•Most perennials stay in bloom for about three to six weeks. So, the secret to enjoying them to their fullest is to select plants with staggered bloom times for a bed full of color throughout the season.
•Carefully choose your color scheme. Red makes a flowerbed seem larger and closer, while blues will make it appear smaller and more distant. Pinks combine well with purple, and red with violet. White is a good complement for any color.
•Prepare planting beds by digging the soil to a depth of 12-18″. Work in plenty of peat moss, leaf mulch or compost to ensure good drainage. Space plants properly, as crowded plants grow less vigorously.
•Get your perennials off to a good start by fertilizing lightly when planting.
• Some easy-to-grow perennials for any area of the South include: phlox, candytuft, dianthus, daylily, rudbeckia, salvia, hosta, purple coneflower and verbena.
•Now is also a good time for harvesting a variety of vegetables. For that “homegrown” quality and taste, be sure to harvest at the best stage of maturity and carefully handle vegetables that will be eaten at any time later than the same day harvested.
•  Weeds—Pull as many invaders out of your flower and shrub beds as you can before they produce seeds (and therefore more weeds). You’ll find that they are easier to pull after a rain. If your forecast is dry, use a sprinkler the day before you plan to work in the garden. If you have a lot of weeds to pull, try using a long-handled scuffle or stirrup hoe to save your back and knees.
•  Slugs—These pests can be especially dam­aging to hosta foliage, leaving it marred for the entire growing season. To be sure the prob­lem is slugs, look for the dried slime trail on the leaves. Slugs feed at night, so you rarely see them during the day. Although effective, slug bait pellets can be poisonous to children, pets, and birds. You might find a saucer of beer or a sprinkling of fireplace ashes in the mulch around the plants just as effective, cheaper, and safer than commercial baits.
•  Water—As the weather gets hot, remember that new additions to your garden will need watering more often than established plants.
•  Lawns—This is a good time to patch warm-season lawns such as Zoysia, St. Augustine, improved Bermuda, and centipede with sod of the same type grass. You can also sow seeds of turf-type fescues or cool-season blends to thicken bare or thin areas of your lawn.
•  Shade—Protect new transplants from direct sun for about a week until the roots get
settled in their new location. A light lay­er of pine needles or hay will help, or you can construct a small shelter from a mesh plant tray sup­ported by sticks or dowels.
•  Petunias—Pinch back plants several inches to prevent long, stringy stems and to encourage repeated bloom through the summer. You may need to pinch a couple more times during the season. Fertilize with timed-release granules, such as 17-17-17, or water with liquid 20-20-20 every other week. 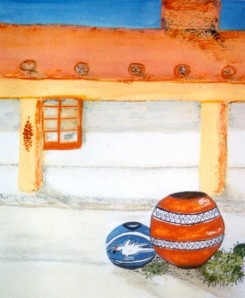 THESE BOOTS ARE MADE NOT ONLY FOR WALKING but for working in all kinds of weather—and looking smart, too. They were introduced in 1817 by Hoby of St. James’s Street, London, the personal shoemaker of Arthur Wellesley, the first Duke of Wellington, famous for defeating Napoleon at Waterloo. Wellingtons were initially designed to look good with the newfangled men’s fashion of wearing long trousers instead of knee breeches.

The boot’s predecessor, the Hessian, had a curvy folded-down top and heavy braid.The duke wanted something simpler, made from soft calfskin and cut closer to the leg. Sturdy enough to be battle-hardy yet stylish enough to be worn in the evening, the Wellington allowed the British gentry to look like their favorite war hero while standing tall in polished boots.

However, it was an American named Henry Lee Norris who came up with the idea of producing the Wellington in rubber. (Charles Goodyear had recently patented the process of vulcanizing.) The British Isles had a wet, muddy climate, so Norris headed to Scotland and, in 1856, founded the North British Rubber Company to produce the weather-resistant boots that were to become famous.

The Wellington has gone through many changes since its schizoid days as a foppish combat boot. In the 1860s, it was worn by soldiers in the American Civil War. And the cowboy boot was modeled after the full V- Wellington, so called because the whole front and whole Q£ back are each made from a single piece.

Production took off during both World Wars, when the military requested sturdy rubber footwear that would keep soldiers’ feet dry in the flooded trenches and provide civilians with long-lasting boots during wartime rationing. Introduced to Wellingtons in a time of great hardship, British men, women, and children have never given them up, and their appeal has spread far beyond the home turf.

In New Zealand,Wellies—or gumboots, as they’re known Down Under—come in white for doctors and nurses in rural hospitals. Green is a favorite with the Brits (Lady Diana Spencer was a green girl long before she married her prince), while black ones with brick-red soles can often be seen on fishermen up and down the U.S. East Coast and into Canada’s Maritime Provinces.

Today, children the world over splash through puddles in Wellies styled to look like ladybugs, ducks, and frogs. And, thanks to designers such as Paul Smith and Karl Lagerfeld, the streets of many a rainy fashion capital are a riot of Wellies decorated in candy colors, wild stripes, and funky prints.