If you own a Victorian style home, you likely want a decor that matches the period design of your home. When it comes to decorations that bring life to a home, you may wonder what clashes with the time period your home represents, and what matches. Aquariums are a classic addition to Victorian homes and match the upholstery just as much today. Wisteria and jasmine, classic climbing plant life, are also classic imagery around Victorian homes both new and old.

Cradle graves, a name for potted or container-held plants, are a classic staple of Victorian design. Victorian design reached many points across the world, and in colonial America in particular, cradle graves were said to be especially numerous around Victorian styled homes. The fact that these plants are meant for planters means they’re easy to add to the interior of your home, brightening up rooms and adding new colors with a variety of different plant life.

Add vines and climbing plants to the exterior

If you’re thinking about the outside of your home, climbing plants like spreading wisteria are classic Victorian design elements. Wisteria tends to support itself with the walls and fences of Victorian homes and can be a great way to cover an otherwise bland side of your home’s exterior. Another popular vine that can match a Victorian home’s exterior is jasmine. A combination of the two can bring colorful purples and standout whites to a garden around your home.

Victorian homes are rich with history, but that doesn’t mean they shouldn’t be bustling with a variety of living things as well. Vines and climbing plants like wisteria and jasmine are classic additions to any Victorian home. Aquariums are also an idea that Victorian era noblemen made their own, and match the storied design of these homes.  And cradle graves, or potted plants, have been used to add color to Victorian home interiors for more than two centuries now.

What  really cool idle – these bricks were put together with mortar but you could certainly do this by just stacking and filling with appropriate soil for succulents.

Every office has its own virtues and story. The landscaping and décor in the offices should convey its virtues to the viewers and it pays a great role in drawing people at the offices and maintaining the environment at office. So, the landscaping at the public places and offices should be done carefully keeping in mind the message conveyed to the viewers. Some modern landscaping ideas like having an entire tall tree in the office can bring in the magic and elegance to your office. Something like the ancient Sequoia tree can do wonders to your office environment and would be a great example of modern landscaping ideas.

Reasons for using the artificial greenery

Using the natural Sequoia tree at your office landscape would be impossible as it is very rarely available and planting an entire tree in the landscape would be impossible. So, the idea of using artificial greenery is useful and it will be advantageous than using any natural plants in the office. The large artificial plants like the Sequoia will be a great view in the office and the item is suitable for indoor use as well as in the outdoors. So, a rare sight of an entire tree in the office will be awesome landscaping idea.

Here are some of the advantages of artificial greenery over the natural ones:

Bring in the magic of the faux Sequoia tree

The office landscape is usually known to be monotonous and a boring one. But bringing in some really interesting landscaping or décor items like the artificial Sequoia tree can turn on the office atmosphere from a dull and boring one to an interesting one almost instantly. It will not only draw more and more people to your office, but will also keep them interested and mesmerized with such an amazing view in the office. Having an amazing and charming landscape in the office will also keep the employees morale high and they will be interested to work more and that will help your company in turn.

The ancient sequoia also has a specialty of its own to stand out among the rest as a landscaping item. It is known to be the world’s largest living tree and its cones and seed are also special. So, having an ancient giant faux sequoia in your office will not only seem magical and unreal but will also bring in the elements of ancient nature. You can also create your own theme of landscaping for your office indoors and outdoors. The faux ancient sequoia is available in different sizes from 4’ to 8’ which allows you to choose your own size for your office landscape.

Placing the faux ancient sequoia tree at the office indoors

The office indoors can be a great place for your magical landscaping item or the faux ancient sequoia tree. The advantage with indoors is that artificial greenery, especially the large artificial plants will look more unreal and charming when they are placed indoors. They will catch the attention and draw more people. Here are some of the locations to put your faux sequoia tree:

Placing the faux ancient sequoia tree at the office outdoors

At the outdoors, having a large artificial plant will seem quite natural but a sequoia tree will always be a treat to the eyes. You can place the faux sequoia tree at the main entrance or at any lawn where maximum people can see it. You can also gain the attention and admiration of all the people by placing it at any party or official gathering. You can also try some of your ideas and look for the best results.

The artificial sequoia is a great option for indoor as well as outdoor landscaping in the offices as it is magnificent and has an unreal attribute associated with it. You can bring in its awesomeness in to your office by placing landscaping with the faux sequoia tree.

A great source for silk plants for your office space is www.CommercialSilk.com – you will find an amazing assortment of items for all of your needs. 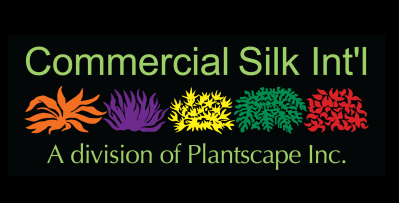 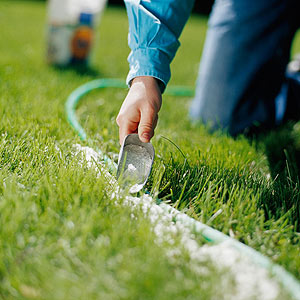 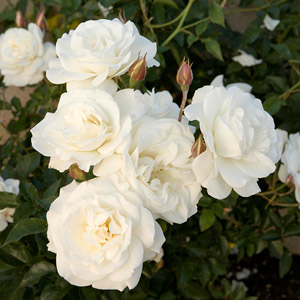 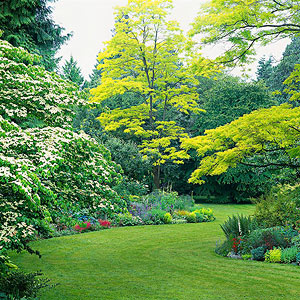 These gardening tips are perfect for new gardeners looking to get started.

Check the article out here!: 25 Gardening Tips Every Gardener Should Know

This home is a Victorian beauty isn’t she? The artist did a wonderful job with the icing work – even allowing the porch edging and edging on top of the peak of the house to dry before installing. Notice how the whole house is moved up with peppermints to give the home a crawlspace? The peppermint sticks used for the porch poles is a great idea. The wreath is made from a lot of the sugar crystal balls that you decorate candy with. The bushes and plants – even a cactus is all done in detail.