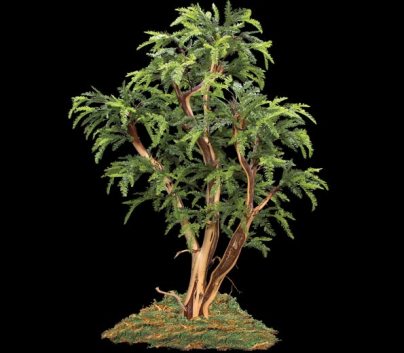 Every office has its own virtues and story. The landscaping and décor in the offices should convey its virtues to the viewers and it pays a great role in drawing people at the offices and maintaining the environment at office. So, the landscaping at the public places and offices should be done carefully keeping in mind the message conveyed to the viewers. Some modern landscaping ideas like having an entire tall tree in the office can bring in the magic and elegance to your office. Something like the ancient Sequoia tree can do wonders to your office environment and would be a great example of modern landscaping ideas.

Reasons for using the artificial greenery

Using the natural Sequoia tree at your office landscape would be impossible as it is very rarely available and planting an entire tree in the landscape would be impossible. So, the idea of using artificial greenery is useful and it will be advantageous than using any natural plants in the office. The large artificial plants like the Sequoia will be a great view in the office and the item is suitable for indoor use as well as in the outdoors. So, a rare sight of an entire tree in the office will be awesome landscaping idea.

Here are some of the advantages of artificial greenery over the natural ones:

Bring in the magic of the faux Sequoia tree

The office landscape is usually known to be monotonous and a boring one. But bringing in some really interesting landscaping or décor items like the artificial Sequoia tree can turn on the office atmosphere from a dull and boring one to an interesting one almost instantly. It will not only draw more and more people to your office, but will also keep them interested and mesmerized with such an amazing view in the office. Having an amazing and charming landscape in the office will also keep the employees morale high and they will be interested to work more and that will help your company in turn.

The ancient sequoia also has a specialty of its own to stand out among the rest as a landscaping item. It is known to be the world’s largest living tree and its cones and seed are also special. So, having an ancient giant faux sequoia in your office will not only seem magical and unreal but will also bring in the elements of ancient nature. You can also create your own theme of landscaping for your office indoors and outdoors. The faux ancient sequoia is available in different sizes from 4’ to 8’ which allows you to choose your own size for your office landscape.

Placing the faux ancient sequoia tree at the office indoors

The office indoors can be a great place for your magical landscaping item or the faux ancient sequoia tree. The advantage with indoors is that artificial greenery, especially the large artificial plants will look more unreal and charming when they are placed indoors. They will catch the attention and draw more people. Here are some of the locations to put your faux sequoia tree:

Placing the faux ancient sequoia tree at the office outdoors

At the outdoors, having a large artificial plant will seem quite natural but a sequoia tree will always be a treat to the eyes. You can place the faux sequoia tree at the main entrance or at any lawn where maximum people can see it. You can also gain the attention and admiration of all the people by placing it at any party or official gathering. You can also try some of your ideas and look for the best results.

The artificial sequoia is a great option for indoor as well as outdoor landscaping in the offices as it is magnificent and has an unreal attribute associated with it. You can bring in its awesomeness in to your office by placing landscaping with the faux sequoia tree.

A great source for silk plants for your office space is www.CommercialSilk.com – you will find an amazing assortment of items for all of your needs.